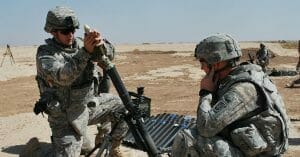 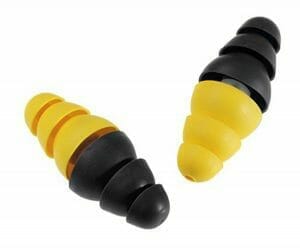 From 2003-2015, the U.S. military issued the earplugs pictured above to troops for hearing protection.  These earplugs were initially manufactured by Aearo Technologies.  They were sold as “Dual-Ended Combat Arms Earplugs, Version 2 (CAEv2).”  Recently, it was determined that these earplugs were defective when used to protect soldiers against loud, percussive noises occurring during combat or training.

In July, 2018, 3M paid $9.1 million dollars to resolve a U.S. Department of Justice investigation alleging that 3M had prior knowledge that the earplugs were defective.  The documents produced during that investigation indicate 3M was aware of the defects in the Dual-Ended Combat Arms Earplugs, Version 2, when they were sold to the military.

The Department of Justice alleged that 3M failed to warn the military that the earplugs could be defective.  The DOJ also alleges that 3M may have altered the results of testing to fabricate that the earplugs met government standards.  During testing of the earplugs, the manufacturer did not achieve the desired level of hearing protection.  Adequate hearing protection was only achieved when the earplug was modified when inserted into the ear.  However, the earplugs did not carry instructions to advise of the necessary modification.  Additionally, there is evidence that the earplugs were too short or did not fit properly in certain soldier’s ears.  The improper fitting permitted vibrations from dangerous noise levels to damage small filaments in the ears which affect hearing quality.

The 3M earplugs in question were never recalled by 3M and could still be in use.  They were issued to United States Troops deployed between the years 2003-2015 and included the following conflicts:

Users of these defective Combat Arms Earplugs have been diagnosed with tinnitus (ringing in the ears), partial or complete hearing loss, or complications related to hearing from Post-traumatic Stress Disorder or Traumatic Brain Injury.

If you served in the military from 2003-2015 and suffer from one of these conditions, our experienced personal injury lawyers can review your case to determine if you may have a valid claim.