Most Dangerous Roads in Frederick County 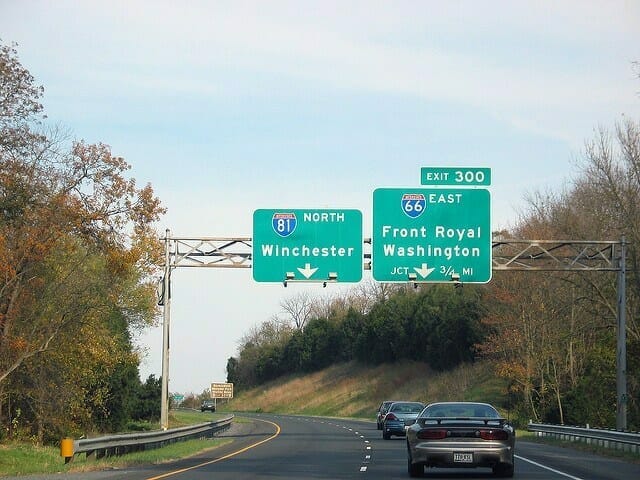 Most Dangerous Roads In Frederick County

(Photo courtesy of “The Royal Examiner)

The United States road safety agency recently reported that, in 2018, traffic deaths fell by a small amount for the second straight year.  The National Highway Traffic Safety Administration attributed the 2.4% decrease partially to technology in newer vehicles to help prevent crashes.  In 2018, a total of 36,560 people died on the nation’s roadways and, in the first half of 2019, that figure is even lower.  But what are the statistics for our local counties?  Where do we need to drive with the most caution?  What are the most dangerous roads in Frederick County?

Apart from the reported injuries, there were numerous crashes involving property damage in 2017 with Berryville Pike, Frederick Pike, Front Royal Pike, Interstate 81, and Northwestern Pike appearing to have some of the highest occurrences.

In 2018, the roads that saw the most crashes resulting in injury included the usual players along with one or two other additions.  In all there were 1,297 crashes in 2018 with 10 fatalities:

Back Mountain Road, Fairfax Pike, and Valley Pike — 8 injuries each

So far, through mid-September 2019, there have been 823 total crashes with 8 fatalities.  These crashes have been reported in the following areas:

For the years 2017-2019, the roads in Frederick County with the most crashes involving injury were Interstate 81 (not surprising), Northwestern Pike, Frederick Pike, and Martinsburg Pike.  Please use extra caution when traveling these roadways!

How Long Can I Wait to Call a Lawyer?

When you’re injured in an auto accident in Virginia, you must be aware of the statute of limitations which applies in your particular case. The statute of limitations refers to the time you have following an accident to file a lawsuit.  In Virginia, this time limit depends upon the circumstances of your accident and injury.  The time limitation starts to run on the date of the accident.  Filing a claim with an insurance company does not extend or delay the time.

The longer you wait to contact an attorney, the greater the risk that the statute of limitations time limit will expire. If it does, you may lose your right to sue the at-fault party and recover compensation for your injuries. If you’ve been seriously injured and someone else is at fault, you should contact a personal injury attorney at the earliest possible time.  Contacting an experienced personal injury lawyer early in your case will help prevent deadlines from expiring and will allow your case to be properly prepared.

To be able to determine whether you have a case, your lawyer needs to thoroughly investigate the details about your accident and injuries. Investigating the accident and collecting information is much easier if it occurs quickly after the accident has happened. A time delay can result in many problems like lost evidence and witnesses who can’t be found.

When you hire a lawyer to handle your car accident claim, he or she will first negotiate with the insurance company to try to settle your claim. If settlement negotiations break down, your attorney will prepare to file a lawsuit and prepare your case for trial. For this reason, it is especially important that you get an experienced lawyer to help with your case, such as one certified through the National Board of Trial Advocacy.

If you or a loved one suffered significant injuries in a car accident in Virginia, Ritchie Law Firm is here to help.  The experienced, certified attorneys at the Ritchie Law Firm has helped thousands of injured victims and their families recover the compensation they deserve after an accident. Contact us by phone at 800-277-6124 or by using our online contact form.