Losing control of a vehicle can lead to disaster on the roadways.  A vehicle is a critical form of transportation for many.  But, when the driver loses control, the car can be just as dangerous as a weapon.  Recently, there have been several accidents in the Shenandoah Valley that involved losing control of a vehicle, including an crash on Route 254 just outside of Waynesboro that claimed the life of a 12-year-old.

On Sunday, June 6, 2021, the Virginia State Police responded to a two vehicle crash on Route 254 in Augusta County, Virginia.  A 2002 Dodge Ram pickup truck, driven by a 16 year old, was traveling east on Route 254 when it ran off he right side of the road and struck a ditch and a mailbox.

The driver overcorrected the vehicle and the pickup crossed the center line and struck a westbound 2011 Nissan Altima.  Following the crash, both vehicles traveled into the ditch and caught fire.

The driver and four passengers of the Nissan were transported to UVA Medical Center, where the 12 year old succumbed to her injuries.  The driver of the Dodge has been charged with reckless driving.

Driver impatience is thought to be the most common driver error.  Drivers, of course, are human.  So, we are always running around trying to get as many things done as possible.  Our impatience with other vehicles, with traffic lights, etc., frequently leads to accidents.  But, behind the wheel of a car is actually one of the most dangerous places to display impatience.

Impatient drivers have a tendency to tailgate, crowd other vehicles, and make unsafe lane changes.  Lots of times, these dangerous moves are made with the end result of gaining a couple of car lengths before being stopped by the next traffic light.

Drivers who exhibit impatience are frequently involved in rear end collisions.  All too often, innocent people are injured by the negligent acts of impatient drivers.  Gaining a couple of minutes by driving erratically is not a good trade off.  Saving a couple of minutes is not worth putting another person’s life in jeopardy.

When a young driver learns to drive, much focus and caution is required just to keep the car in the proper lane.  As we become more comfortable with driving, however, we allow our minds to wander and only partially focus on the road.  However, regardless of driving experience, inattention increases the time we take to recognize a hazard.

Standard perception time while driving is 2 feet for every 1 mile per hour that you travel.  The formula is:

When you travel 40 miles per hour, you travel approximately 60 feet per second.

So, say you are traveling 80 miles per hour at night on an unlit highway.  Your headlights allow you to see approximately 225 feet in front of you.  With an elapsed perception time of 1 second, you will travel 180 feet of the 225 feet that are illuminated by your headlights before you will realize there is a hazard in the roadway. That means you now have 45 feet left and just about one second to avoid an accident.  When you combine perception time with distractions and inattention, it is almost impossible to avoid a collision.

A good way to avoid a wreck is to give yourself plenty of space by using the 3 second rule, which doubles the amount of time it normally takes to react to a hazard in the road.  To use the 3 second rule, just count to 3 after the vehicle in front of you passes a feature along the roadway.  If you can count to 3 before your car passes that object, you have given yourself enough time to react.  Of course, if you don’t make it to 3, slow down and put more space between you and the vehicle in front of you.

Impairments can come in many forms including:

Surprisingly enough, research has shown that driver fatigue can be just as dangerous driving while intoxicated.  In fact, studies indicate that driving while fatigued is comparable to a blood alcohol content of .08%.  Under both scenarios (fatigued driving and driving under the influence of alcohol or drugs increase the risk of crash five times.

In addition to following distance, a driver’s position in traffic in relation to other vehicles is very important to avoiding collisions. For example, when drivers travel within clusters of other vehicles, there is much less space to be able to avoid hazards.  Traveling in clusters also blocks a driver’s forward visibility.

Traveling Too Fast For Road Conditions

Traveling too fast for the conditions of the roadway leads to crashes.  As we saw earlier in this article, the lower the driver’s reaction time and stopping distance.  Speed also has a substantial impact on a driver’s ability to control his vehicle.  The higher the speed, the more difficult it is to control the vehicle.  Lastly, the higher the speed, the more crash force there is to cause injury or death.  For every 10 miles per hour over 50 mph, a driver doubles the risk of injury and death.  This means that by traveling 80 mph, a driver increases his chances by 16 times for serious injury or even death.

Overcorrecting a vehicle is a frequent cause for losing control of a vehicle.  Frequently, when a driver runs off the side of a road, the instinct is to jerk the steering wheel. This can lead to overcorrecting and may throw the vehicle into the oncoming lane of travel.

If you’ve been injured by the negligence of a driver who has lost control of his or her vehicle, the Ritchie Law Firm has obtained life changing settlements for thousands of injury clients.  See our Verdicts and Settlements here.The experienced, certified attorneys at the Ritchie Law Firm have helped thousands of injured victims and their families recover the compensation they deserve after an accident. Contact us by phone at 800-277-6124 or by using our online contact form. 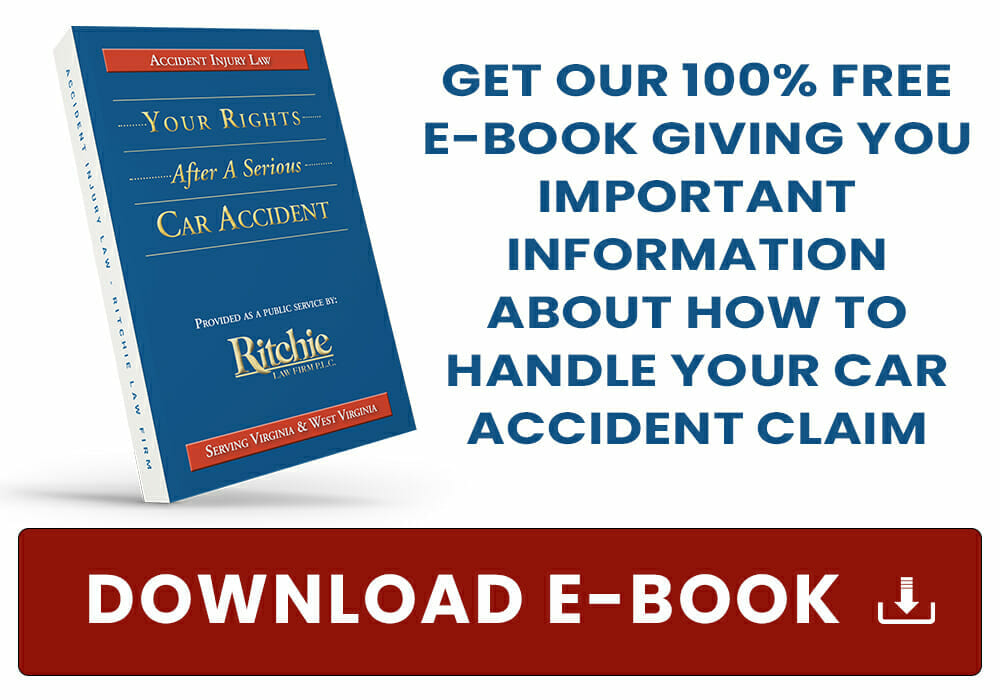